The Speech-EZ® Apraxia Program is a structured program specifically designed to improve speech intelligibility for children with Childhood Apraxia of Speech (CAS) and severe Developmental Phonological Disorders, near Vancouver.

A child who has apraxia of speech will not simply grow out of it. The Speech-EZ® Apraxia Program provides a plan in which a series of steps and phases are outlined and carried out with individualized goals to be accomplished by the child. Implementation of specific techniques construct well defined and functioning neurological pathways that are the roadmap for proper motor planning, articulatory sequencing, and timed execution of speech patterns for intelligible speech. Teaching the child how to form the correct movement gestures equips the child’s motor planning system to better predict and prepare the articulators to execute the correct target positions for speech intelligibility.

Verbal apraxia is considered a neurological motor speech disorder. In order to improve the development and networking of the neuro-pathways responsible for motor speech planning, therapy is recommended on a daily basis. Research has proven that shorter but more frequent sessions (30 minute session; 4-5 times a week) are more effective and more efficient than longer, less frequent sessions (such as 60 minute sessions; 2 times a week). A child’s frequency and intensity of therapy can be reduced over time, as improvements are maintained and generalized.

While daily in-clinic therapy sessions are the recommended protocol for duration and frequency when implementing The Speech-EZ® Apraxia Program, this may not to be realistic for some families. The Speech-EZ® Apraxia Program is designed to incorporate home-based intervention strategies as much as possible in the event that families are not be able to drive to therapy every day. Families can still access the program and have effective measurable outcomes under the guidance of their Speech-Language Pathologist. In situations when families are unable to attend frequent in-clinic therapy sessions, daily treatment protocols can still be implemented under the guidance of their Speech-Language Pathologist who is a Certified Practitioner in The Speech-EZ® Apraxia Program. The parent is guided through the program to facilitate the learning and implementation of stimulation techniques for use within the home. Empowering the parent to be an active participant in home programming is a critical piece to a child’s overall success.

The Speech-EZ® Hand Cues are an important part of the program. The child learns specific hand gestures that represent various speech sounds. The idea of moving ones hands helps the individual recall, plan for, and execute the appropriate articulatory postures for speech productions. Having the child actively employ gestures during speech acts helps with the retention and retrieval of new information specific to motor planning. Using simultaneous gestural and verbal productions fosters phonemic and lexical retrieval. Children with communication delays innately use gestures to communicate their wants and needs. Furthermore, children with CAS are often taught sign language as an alternative communication system. For some, the idea of gestures to represent speech sounds and assist in sound finding and verbal motor planning is an easy transition when starting The Speech-EZ® Apraxia Program.

Gestures and symbolic hand cues allow the therapist or parent to offer a minimal cue encouraging the child to retrieve and plan for the sound and motor plan on their own, ultimately building a stronger neural network for motor speech productions.

Gestures and hand cues are used to boost activation and organization for the learning, retrieval, planning and execution process for motor speech movements. Gestures themselves are a movement. Having the child perform the symbolic gestures while they are producing speech, allows the child to be actively involved in the movement process. The movement in the form of a symbolic gesture assists the child in retrieval of the sound and retrieval of the motor plan involved.


Learning speech sounds with an accompanying gesture is believed to produce more robust retention connections as well as better retrieval skills in phonological awareness tasks. Symbolic hand cues are a foundational tool to build and enhance phonological and phonemic awareness. The hand cues are visual representations of phonemes or speech sounds. It is because of this parallel, that symbolic gestures facilitate phonemic awareness development as the brain accumulates prior experience with visual stimuli representing speech sounds. Essentially, these neurological pathways have already begun to develop.


The Speech-EZ® Apraxia Program in our Port Moody location also provides early intervention for potential reading and spelling challenges that may occur in children with CAS or severe Phonological Disorders. While not all children with CAS have a reading disorder, studies suggest that children with CAS or Phonological Disorders are at higher risk for literacy challenges. Specific phases of the The Speech-EZ® Apraxia Program are designed to promote early literacy development, particularly by promoting phonological awareness, auditory perception, and auditory working memory. It should be emphasized that motor speech planning is the primary function of this program. While several fundamental cognitive skills for basic reading and spelling are targeted in this program, it is not a comprehensive reading and spelling program. Often times, children with CAS are not identified with a reading disability until the early or mid elementary grades. It is well known that early intervention is critical. Therefore, The Speech-EZ® Apraxia Program takes a preventative approach by targeting these skills as soon as a child is diagnosed with CAS or a severe Developmental Phonological Disorder.

Children will move through the various Speech-EZ® phases at their own pace. Because apraxia of speech can range in severity, and may or may not present with other cognitive impairments or neurological issues, there is no set duration in which a child is expected to complete the program.


Each phase of The Speech-EZ® Apraxia Program provides the child with numerous repetitions and response opportunities for targeted movement gestures and speech pattern sequences. Producing dozens and dozens of target speech positions and combinations wires the brain for accurate articulation using principles of motor learning.

The following skills are incorporated into the program when age appropriate, cognitively appropriate, or at the discretion of the practitioner.

The Speech-EZ® Apraxia Program was developed by Lynn Carahaly, M.A., CCC-SLP, who specializes in children with Childhood Apraxia of Speech and Auditory Processing Disorders. For information on how to get your child started with The Speech-EZ® Apraxia  contact Gillian Liebrandt at Millennium Learning Advantage in Port Moody.

At Millennium Learning Advantage, just outside Vancouver, we believe that all children have the potential to succeed in school and in life, regardless of learning challenges. 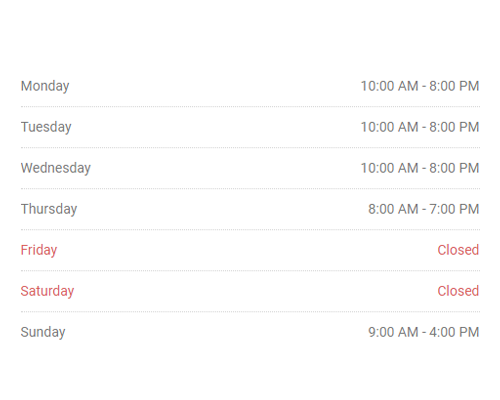